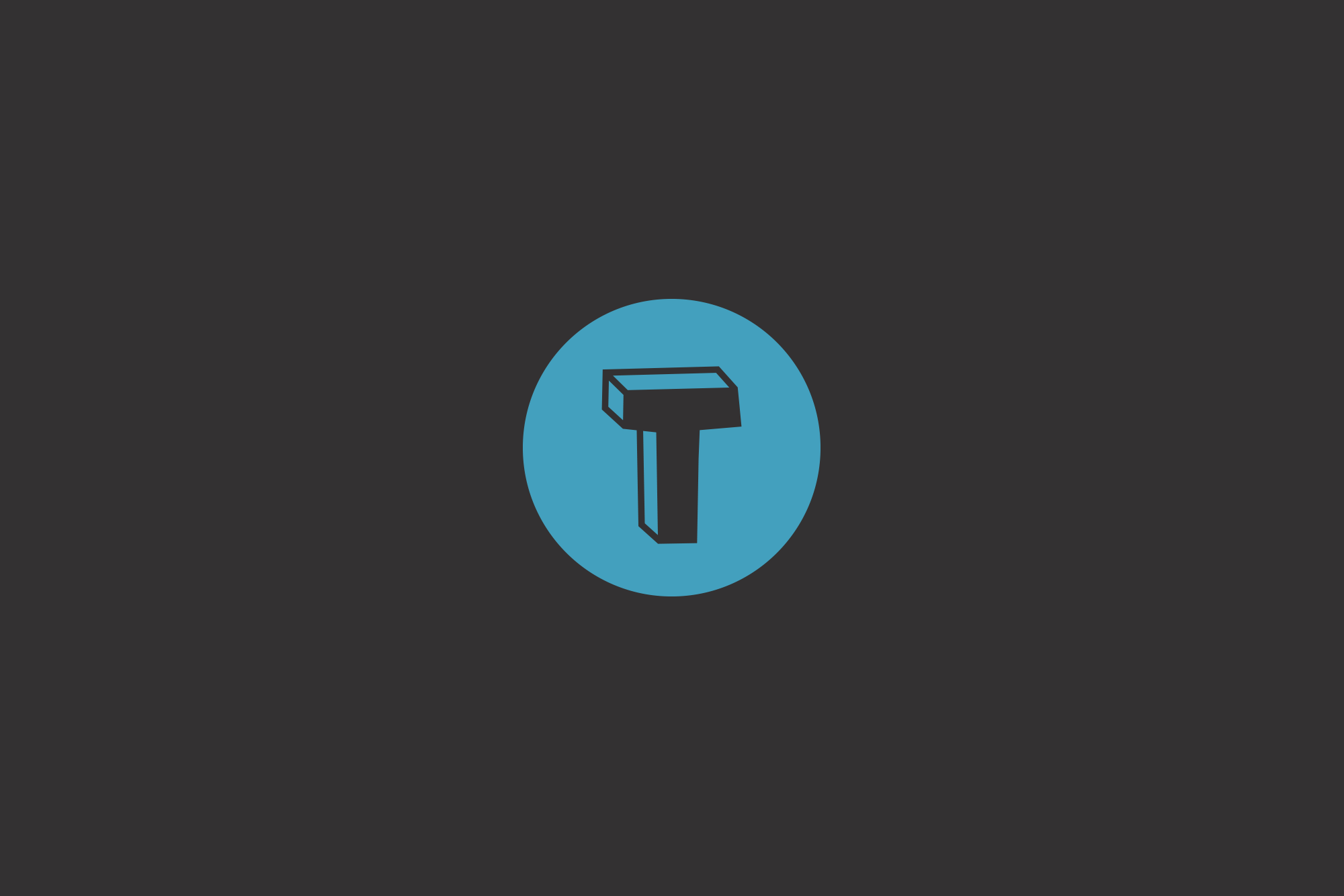 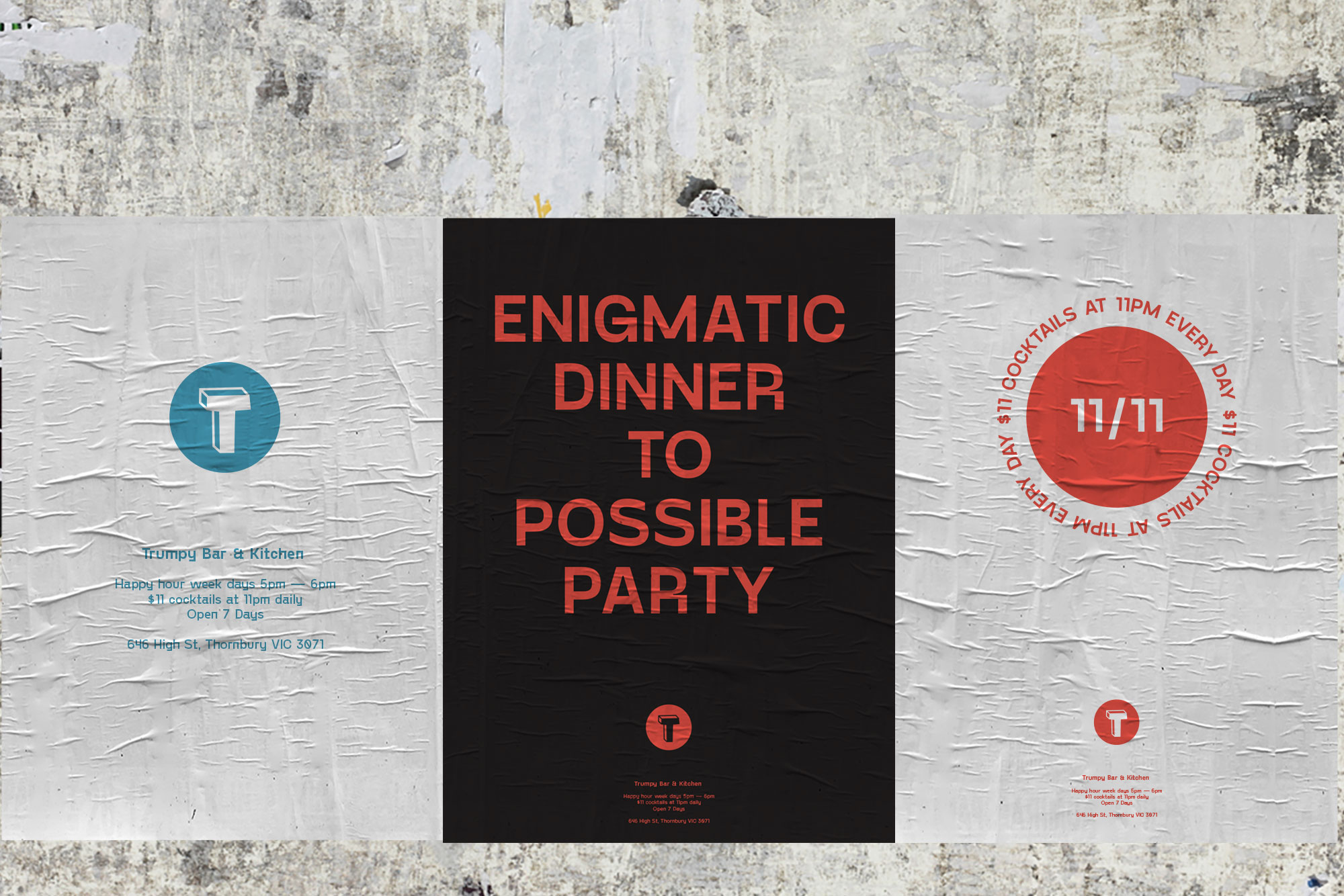 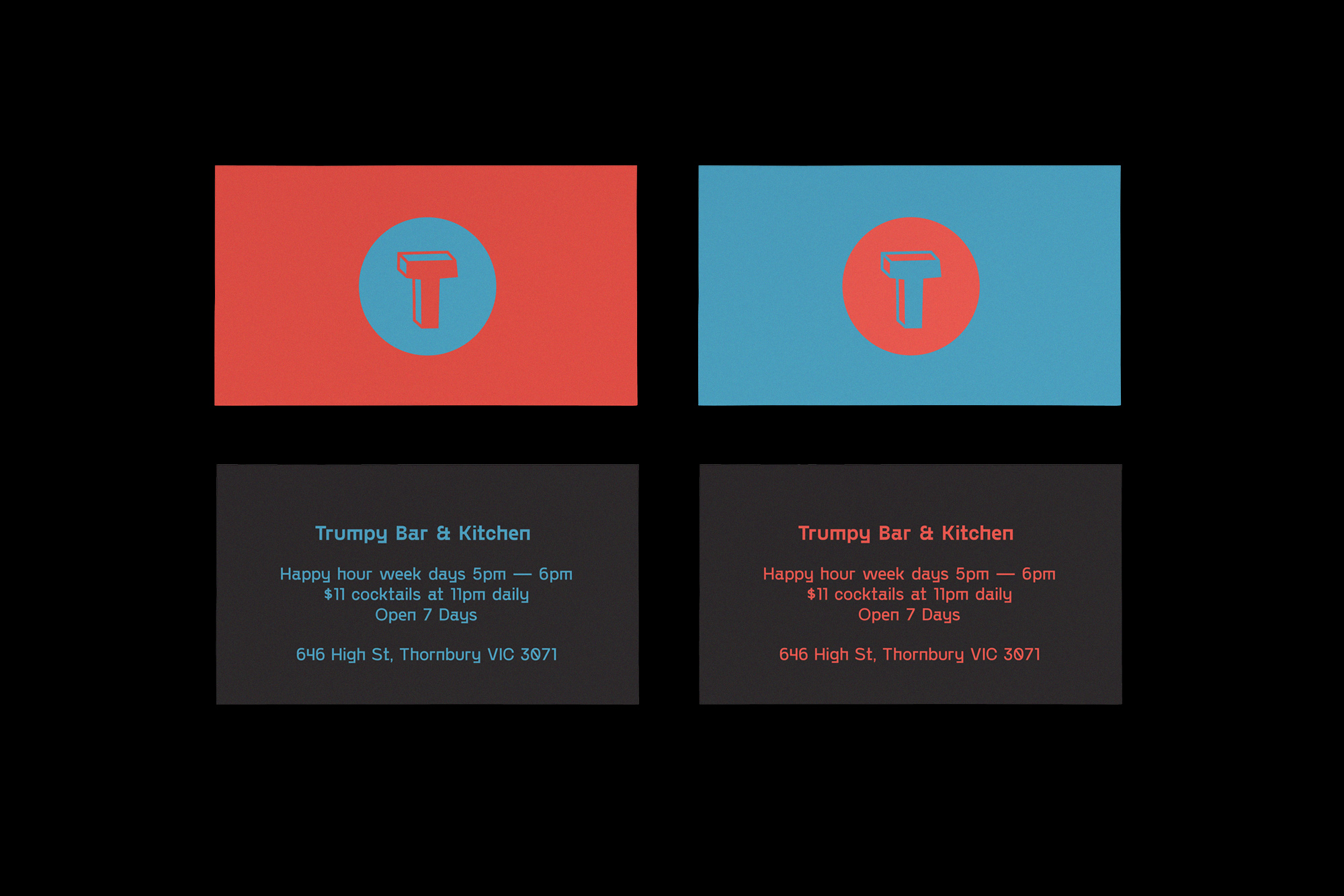 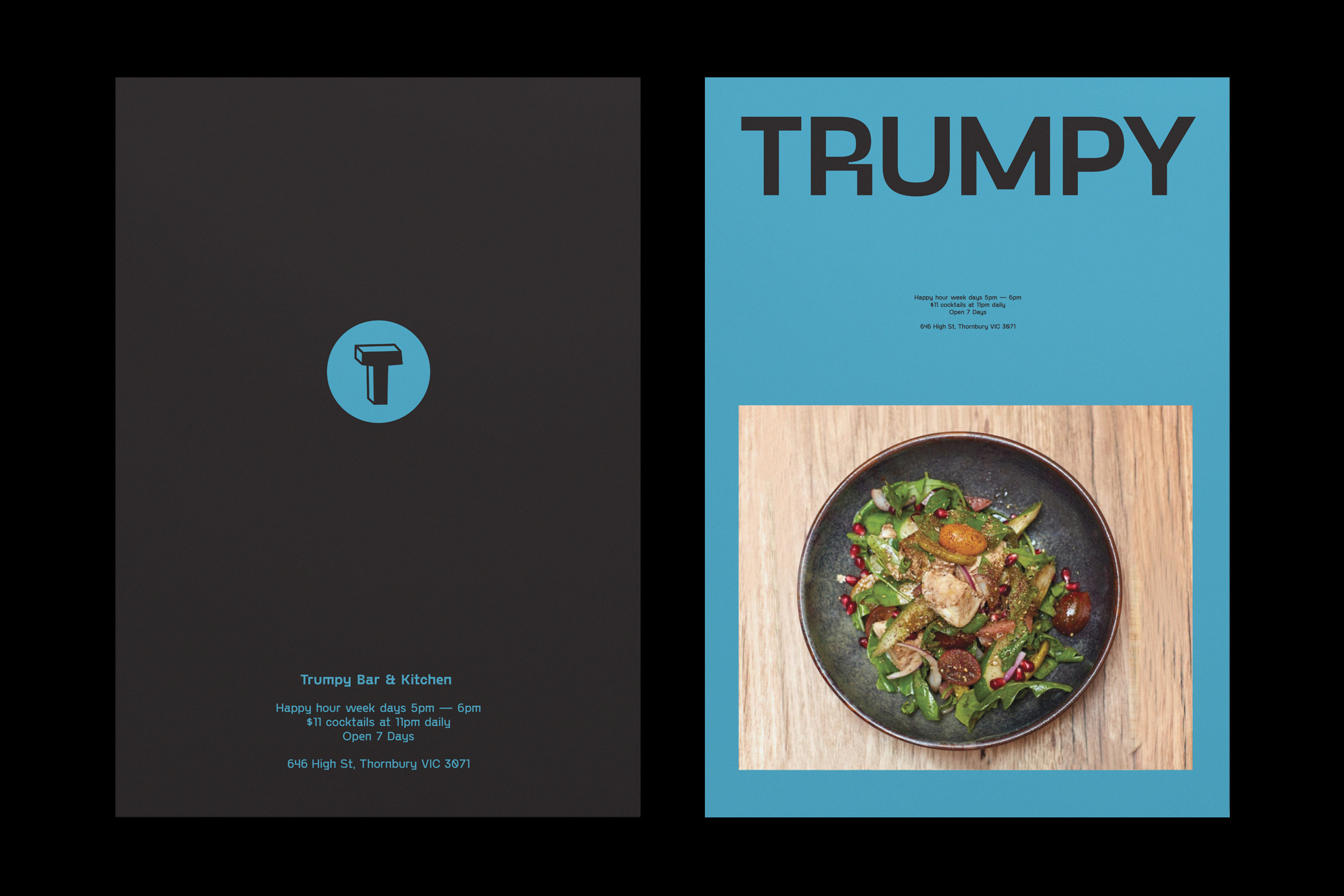 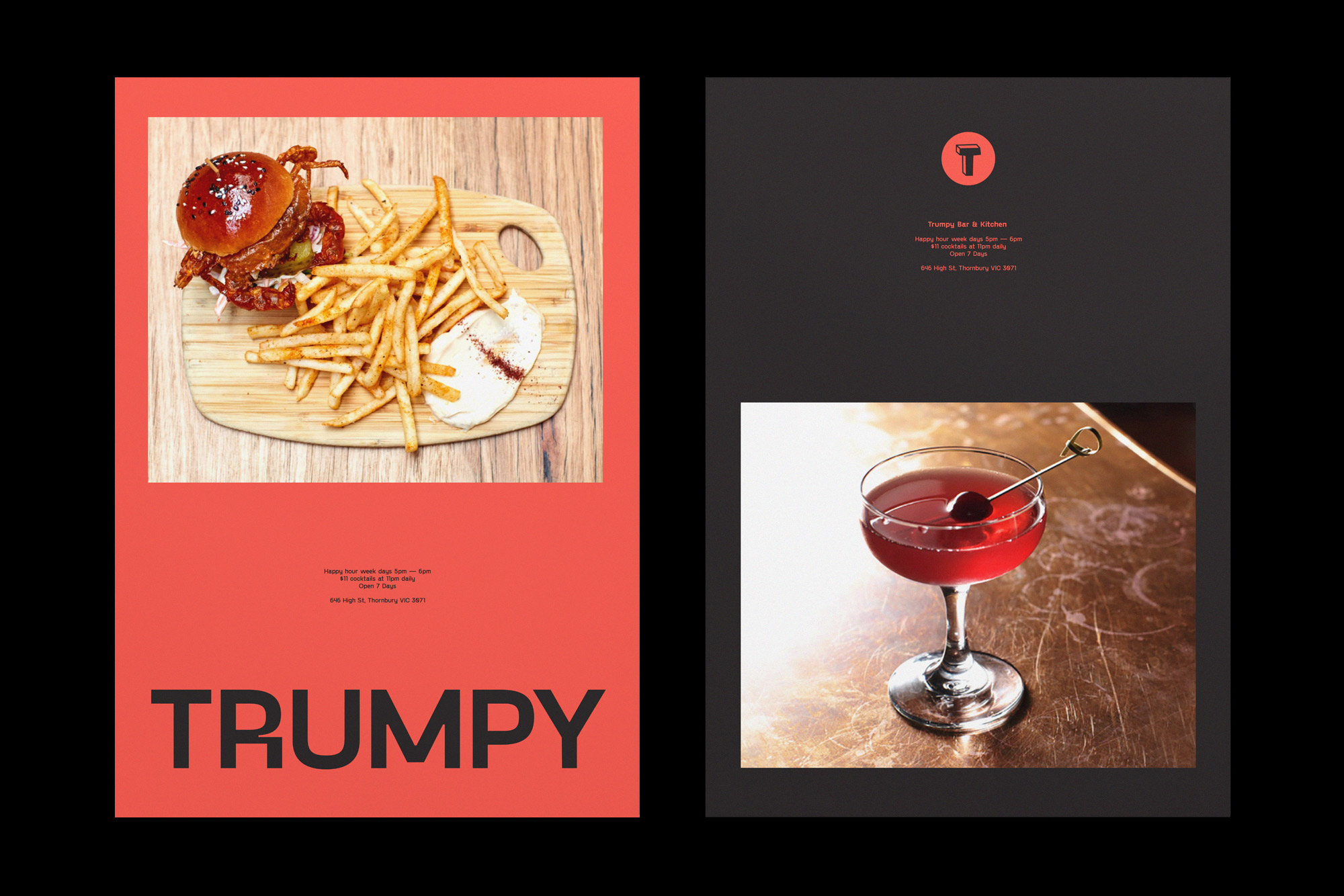 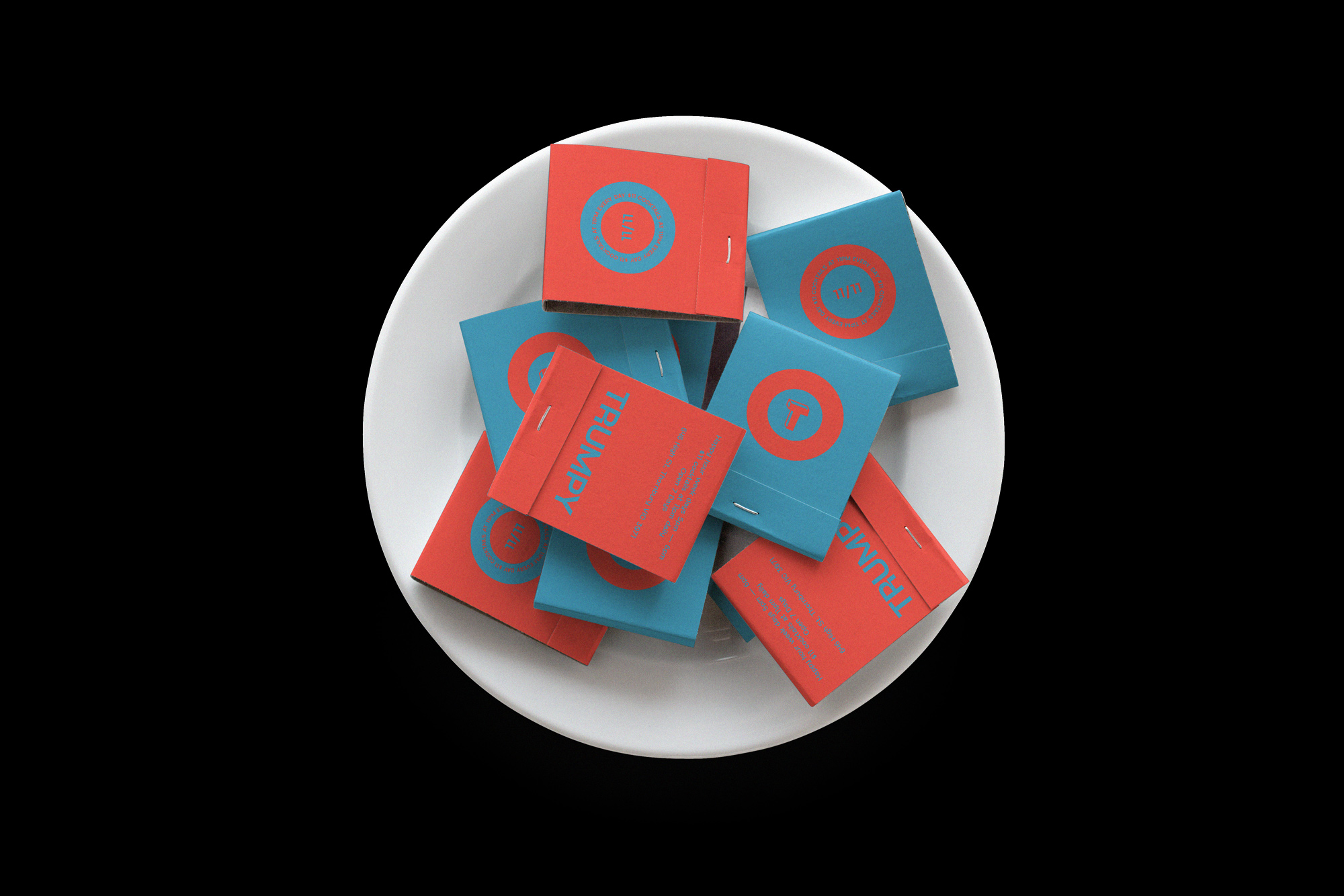 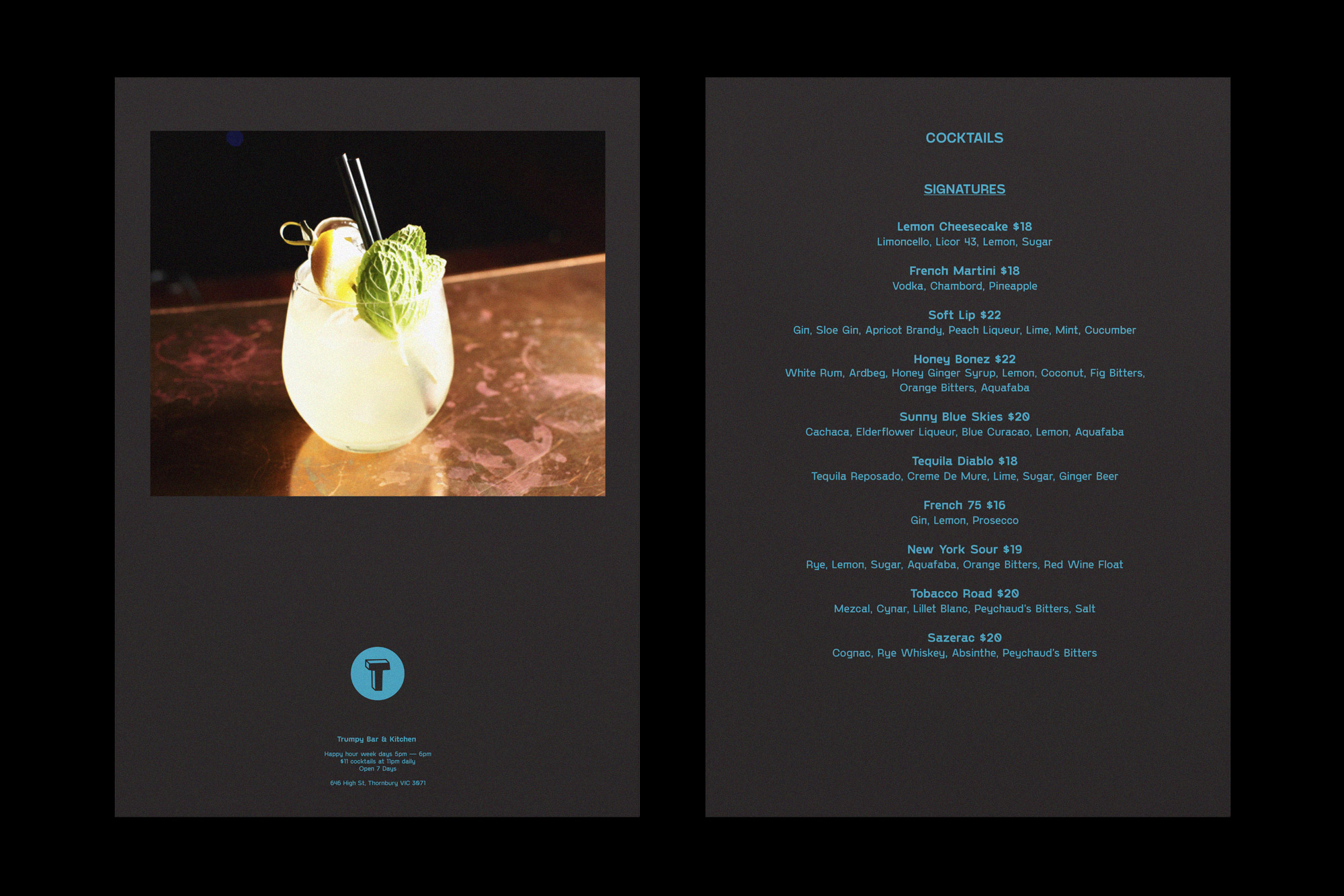 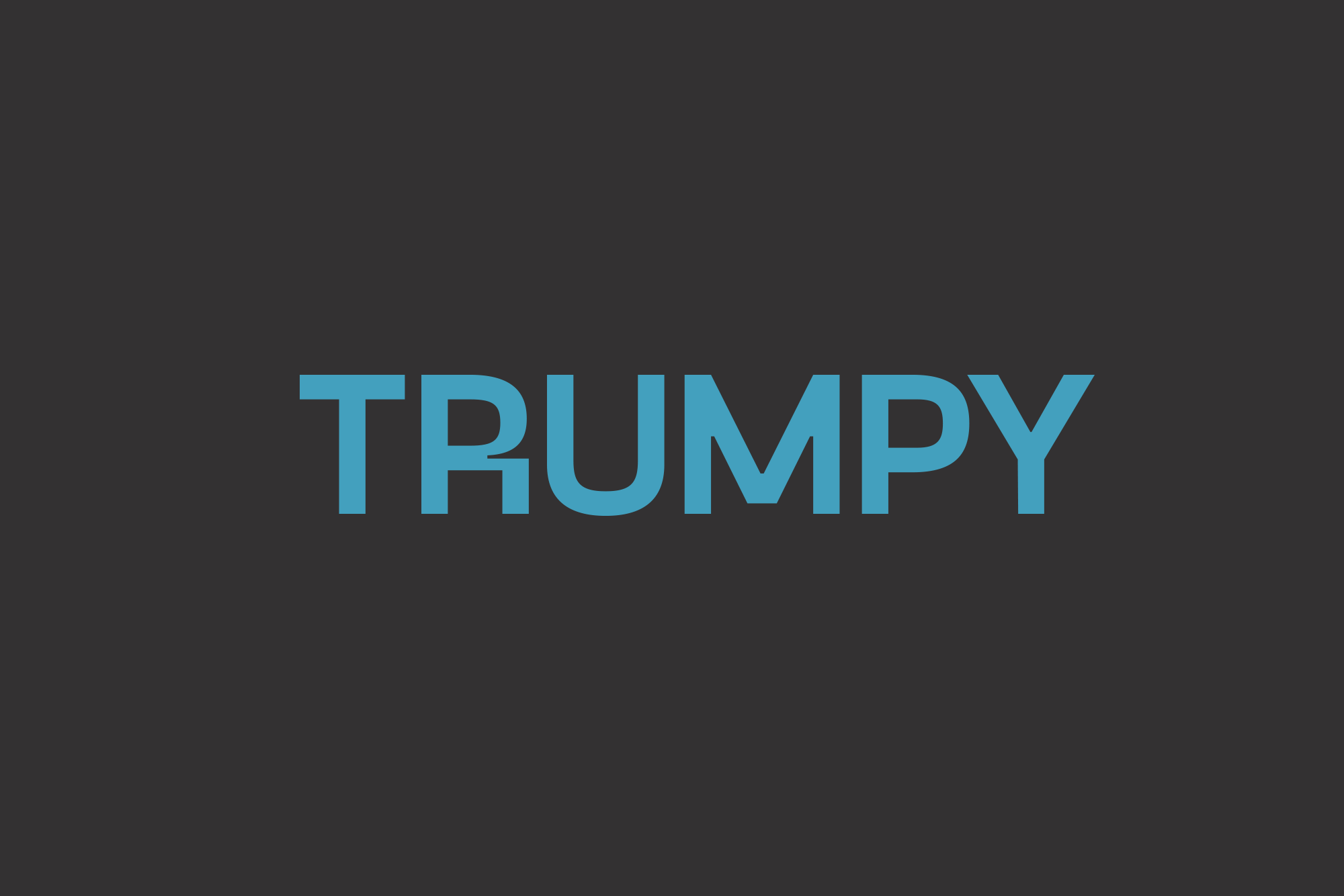 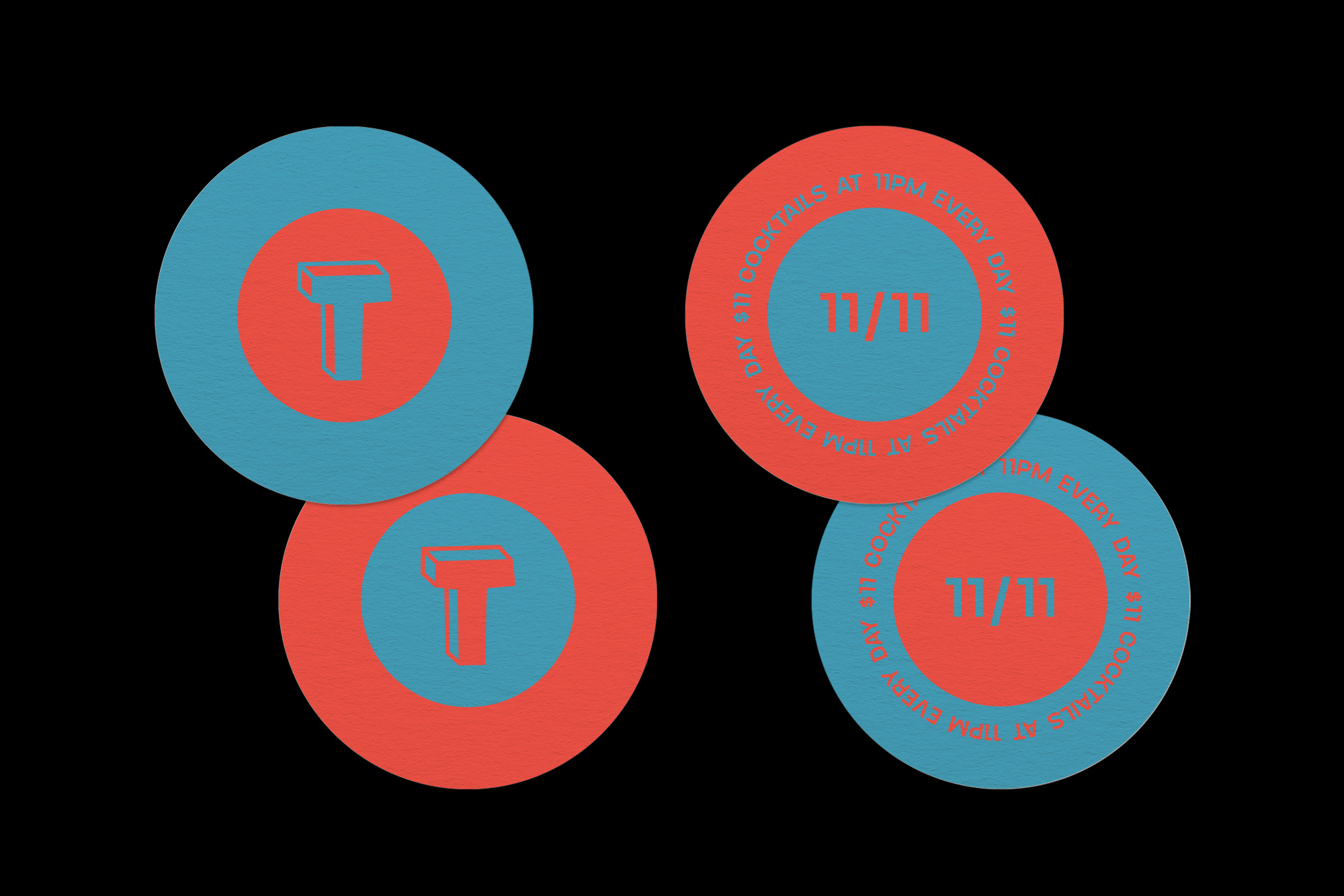 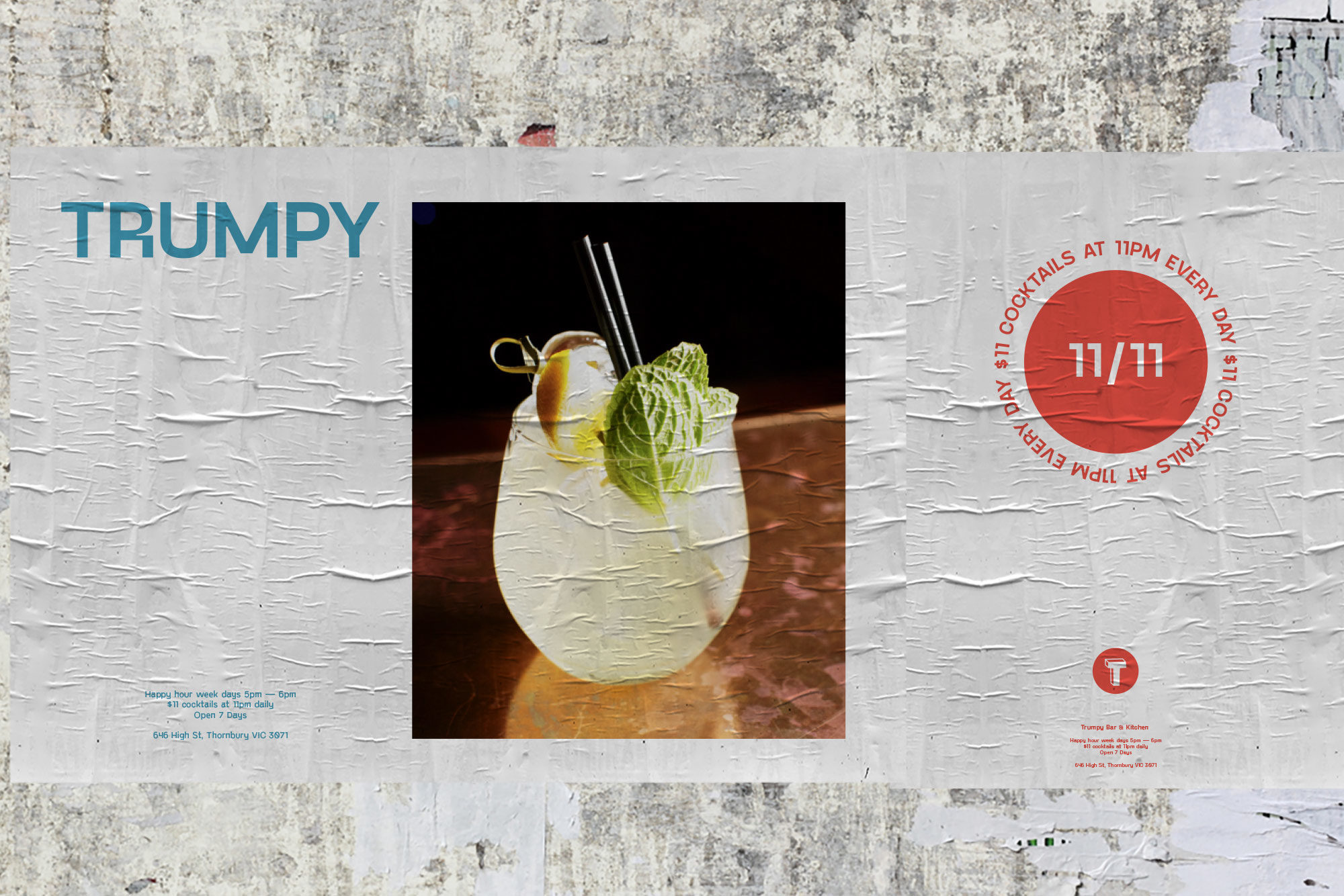 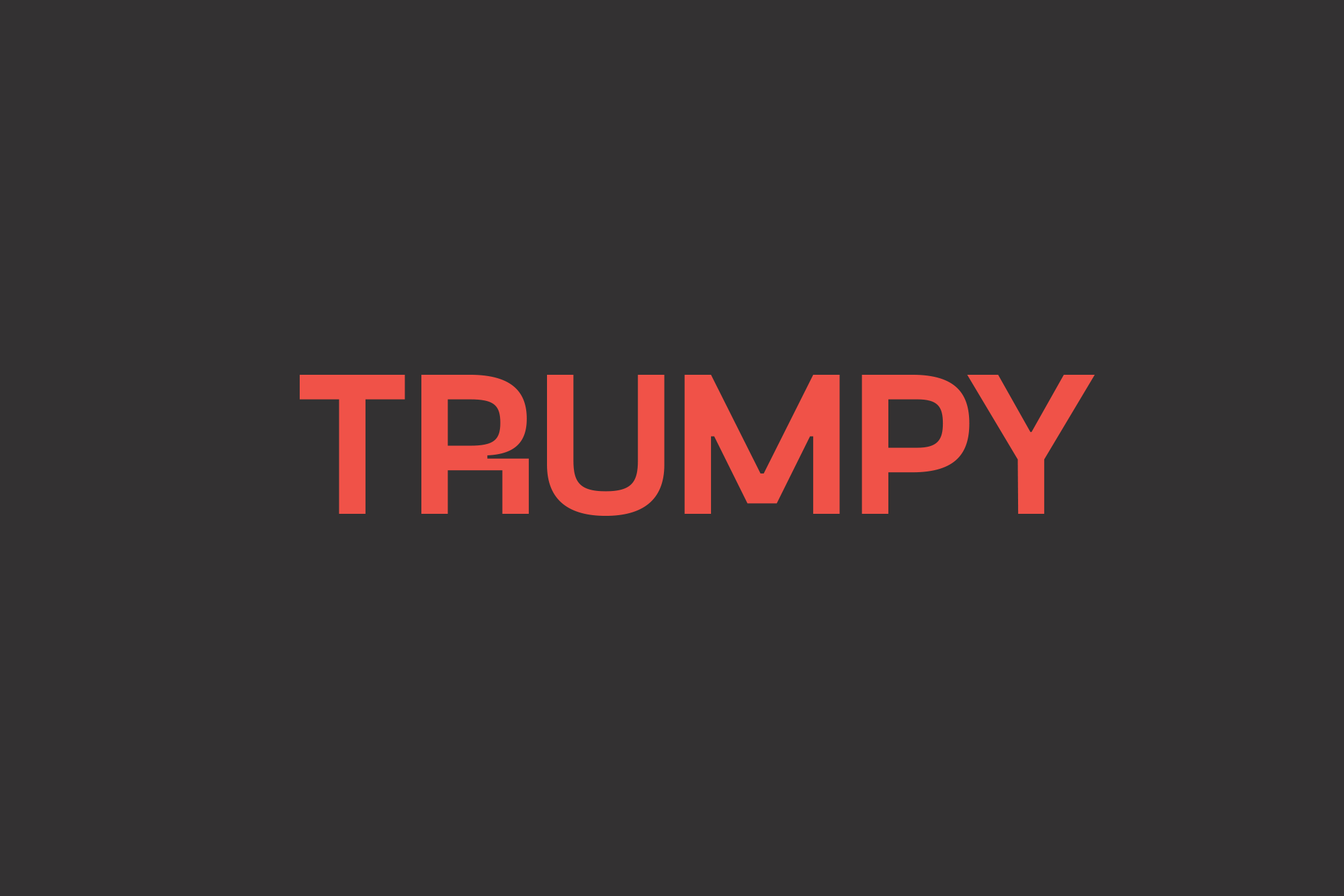 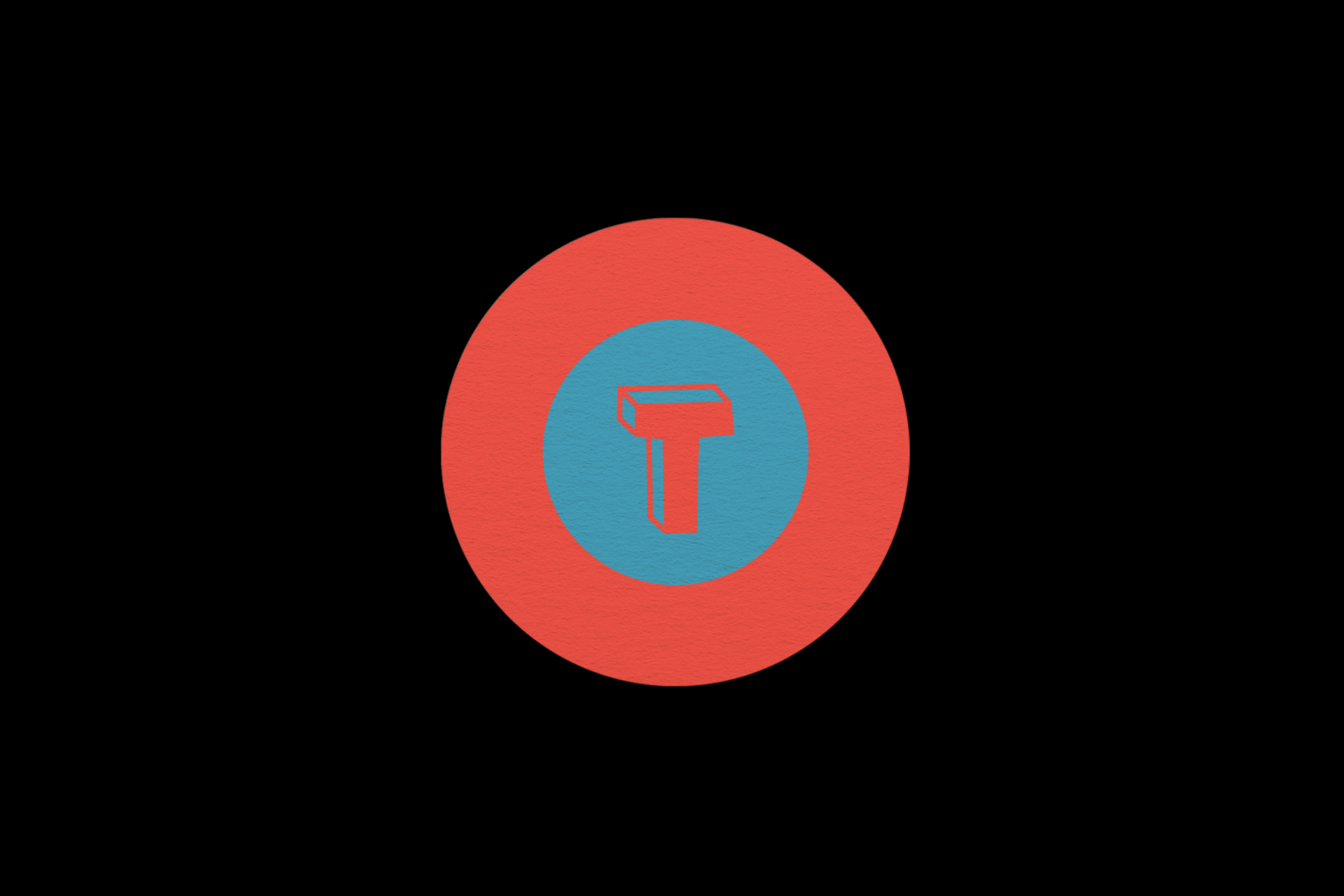 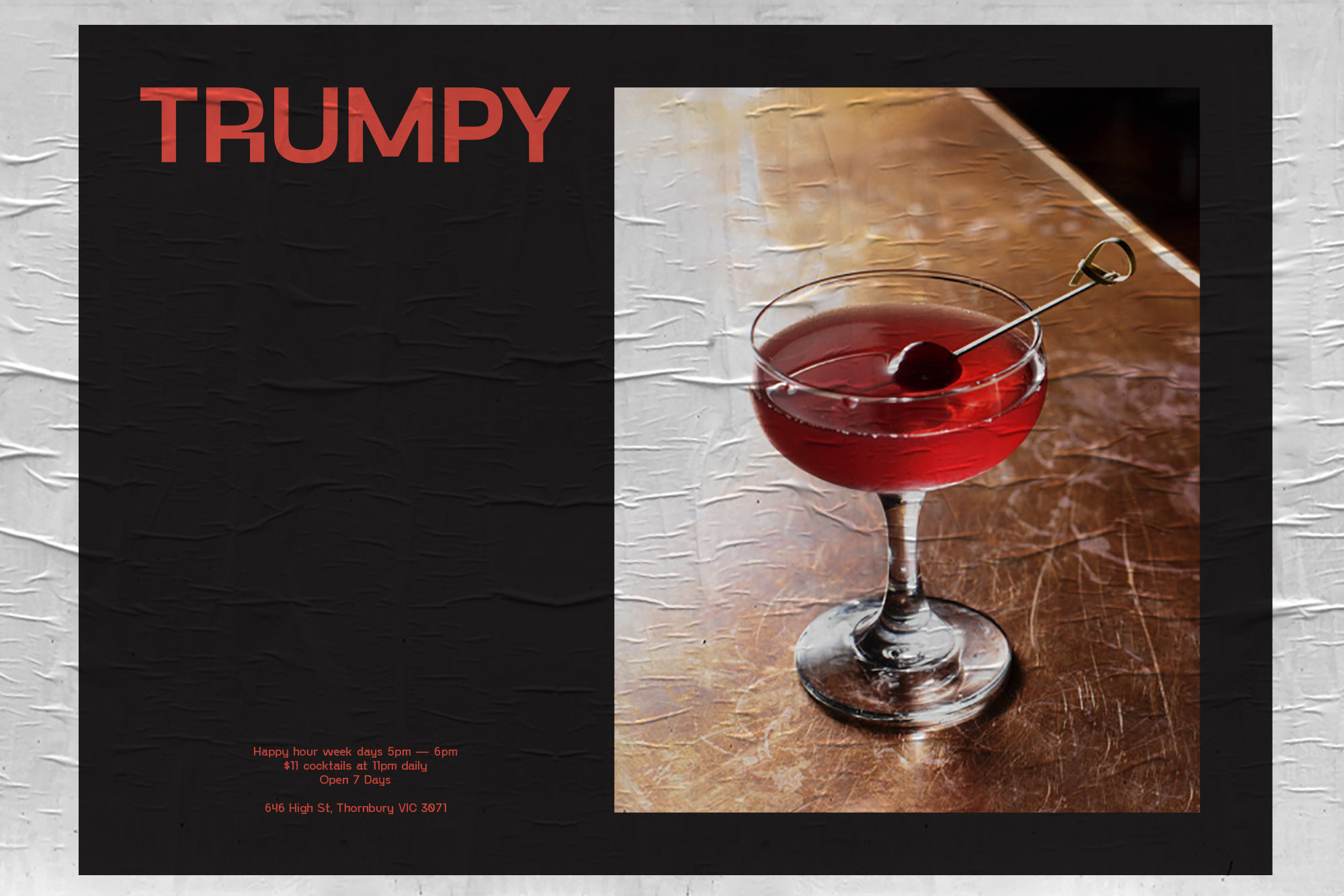 Trumpy Bar & Kitchen has been a local favourite since 2014. It’s a bar, lounge, restaurant and late-night party spot with a 3am license. It boasts a relaxed, cosy atmosphere, serves quality food and plays chilled tunes that resonate up into the lofty ceilings till the early hours.
The overarching concept for this brand identity was ‘enigmatic dinner to possible party’. Collaborating with the owners, we created a concept that felt personal and also acknowledged the essence of the bar, referencing the subtle elegance of the food and drinks on offer earlier in the evening and the energy of the party vibe that appears from midnight onwards.

The visual identity needed to capture the energy in colour but also visualise the understated nature of the place. The other challenge was the name, and whether it would be an issue in regards to the current U.S President ( now former), whom the owners were not a fan of.

The brand identity needed to be flexible in its usage across print and digital and represent the current visual qualities of the space and atmosphere. The result is a bold monogram ‘T’ paired with a friendly vintage-inspired wordmark and accompanying typography set in Pangram Pangram’s Gosha Sans. The strong and versatile type gives the identity character without compromising legibility at small sizes for menus and other printed material. A combination of imagery and type treatments gives a mixture of solutions that can be applied across different media: using two distinct colours, referencing the entrance of the establishment and the hint of orange seen on the bar top. The brightness of the two colours was pushed further to emphasise the not-so-typical feel of the late-night spot and to be visually compelling within the dimly lit space of the bar.