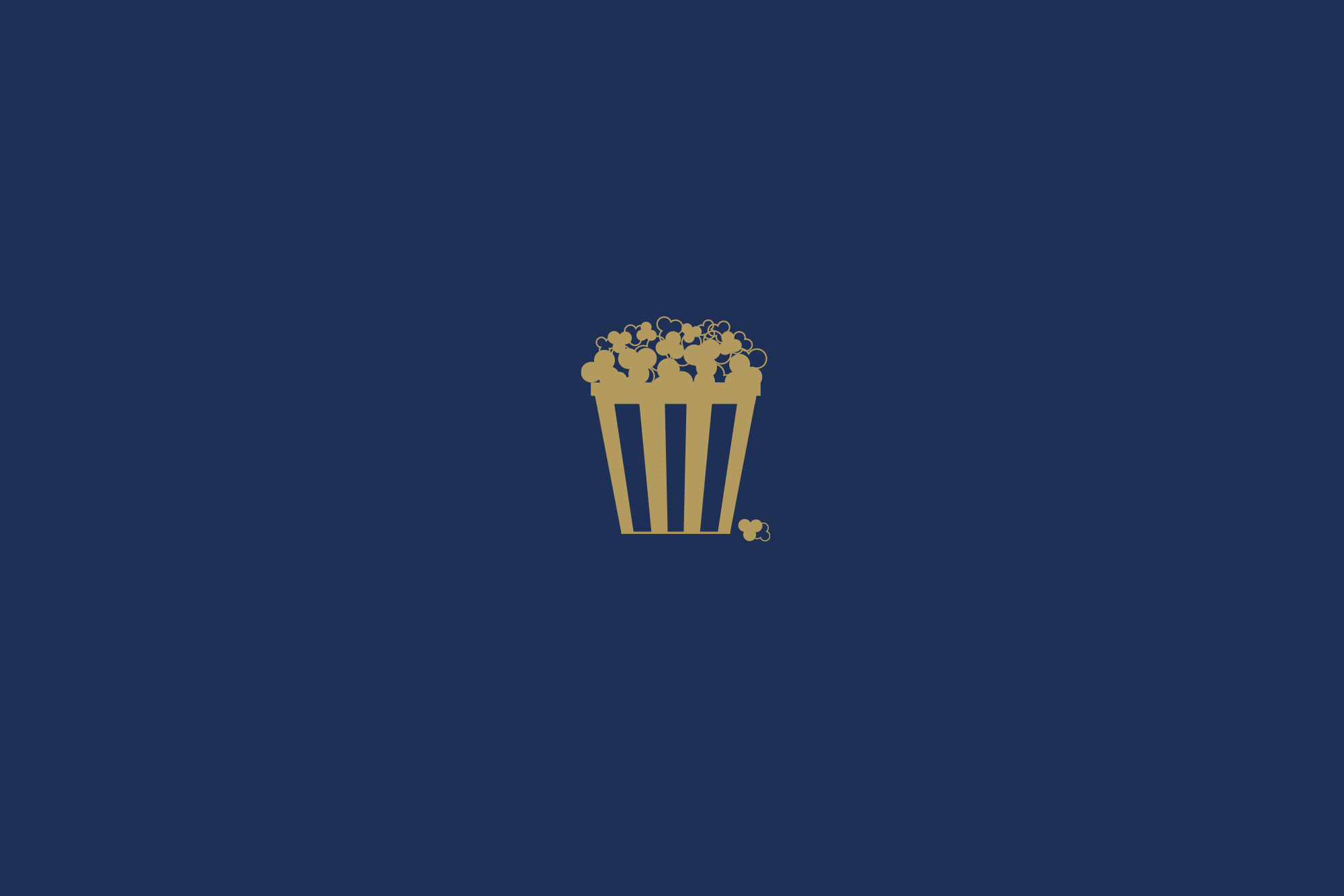 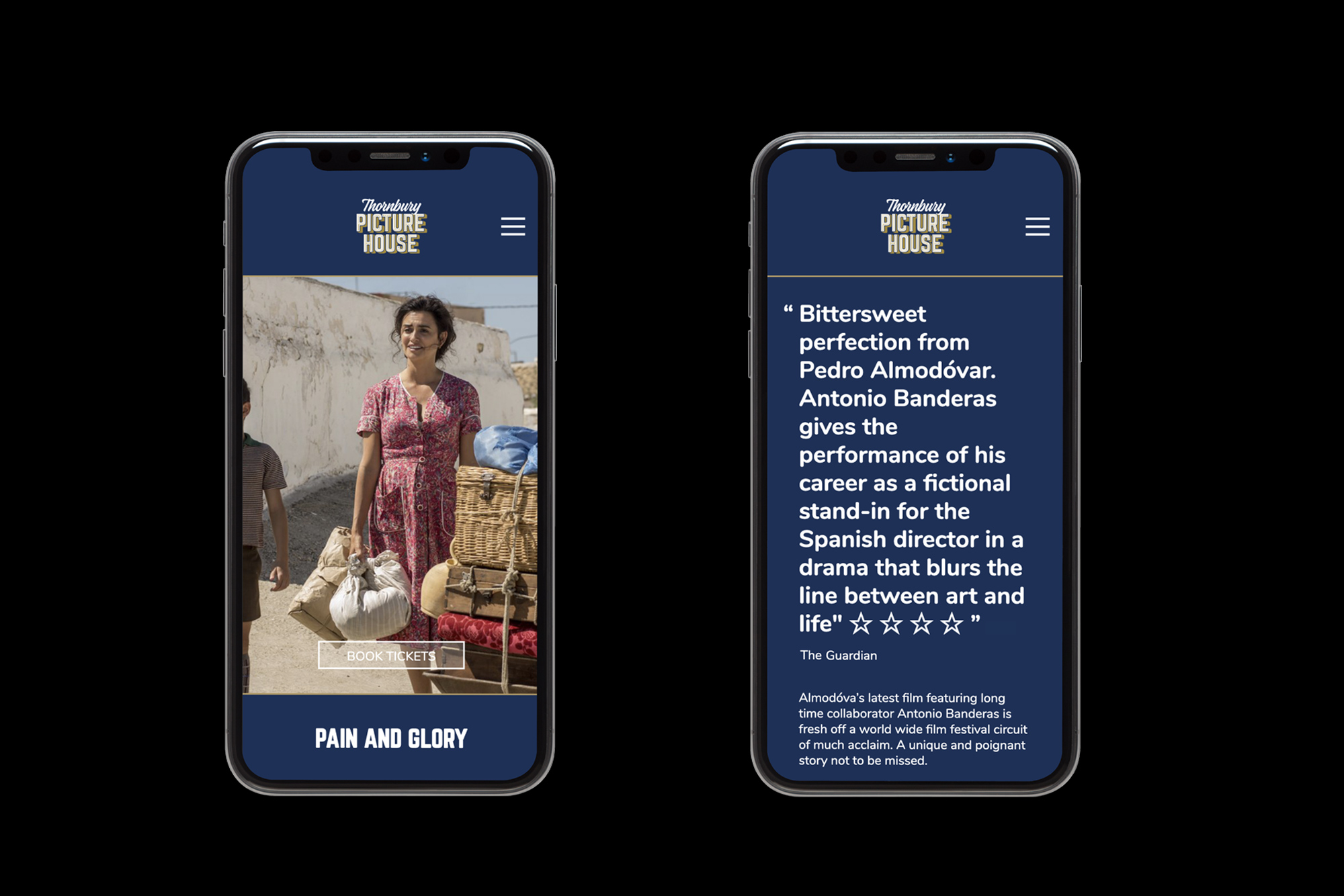 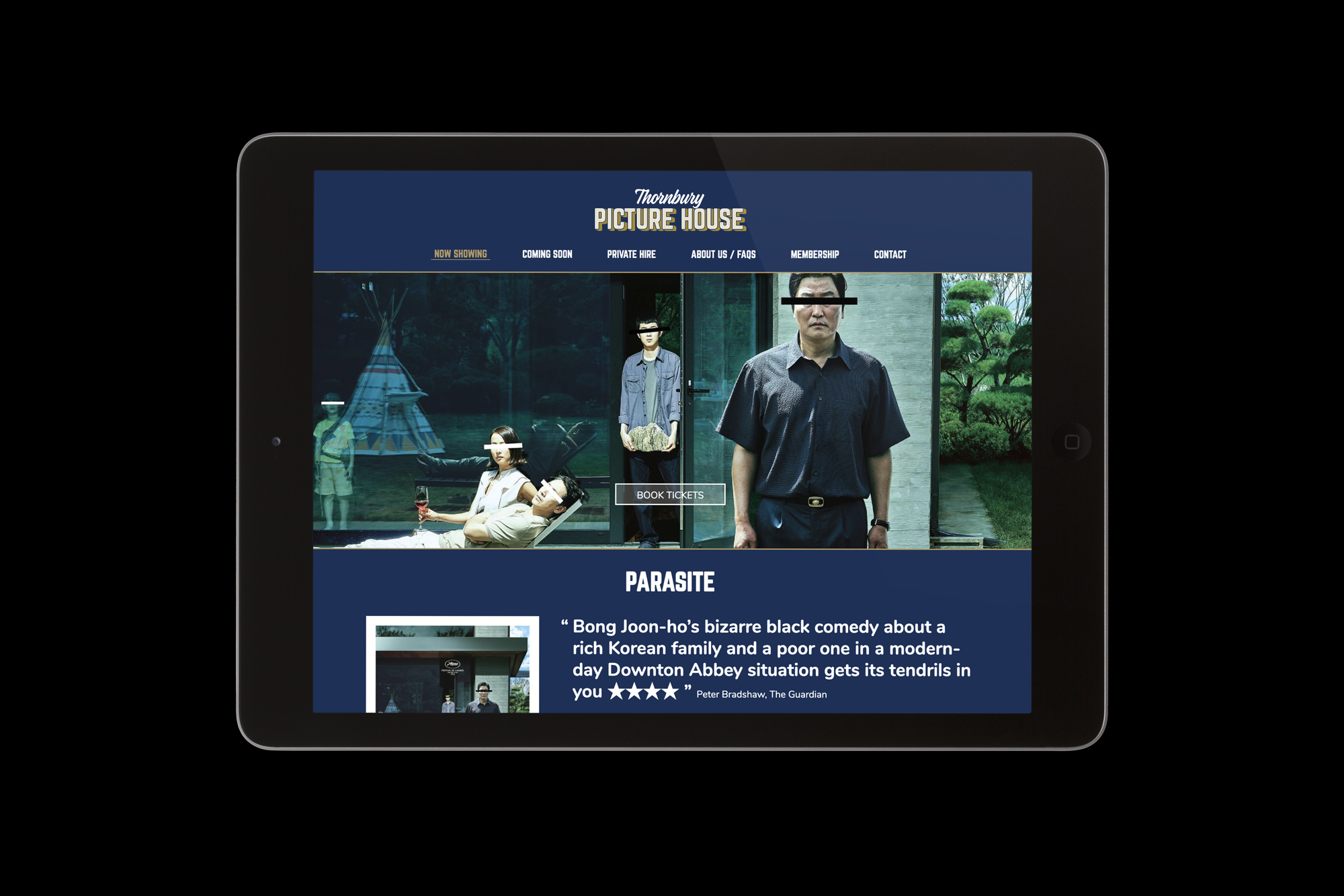 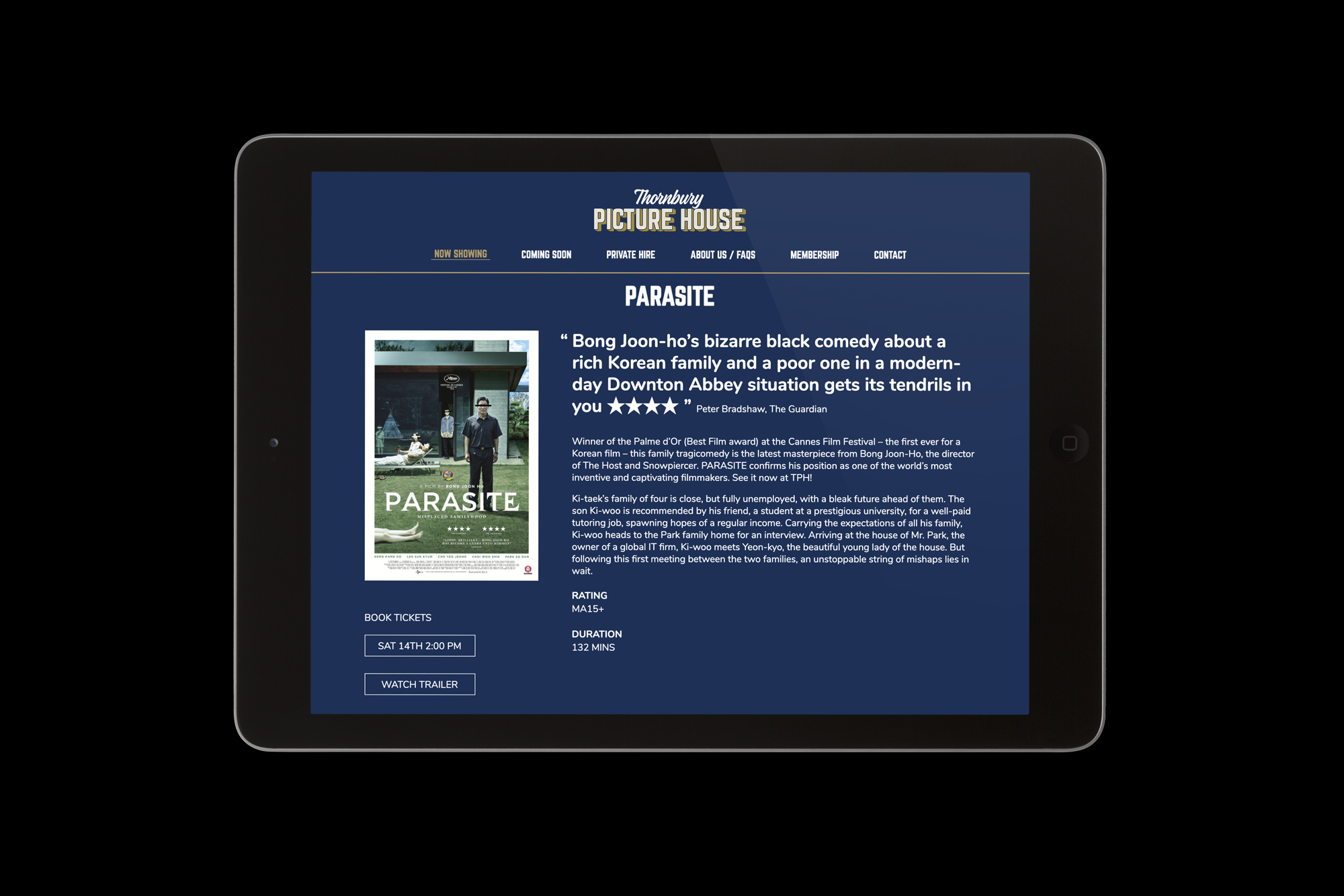 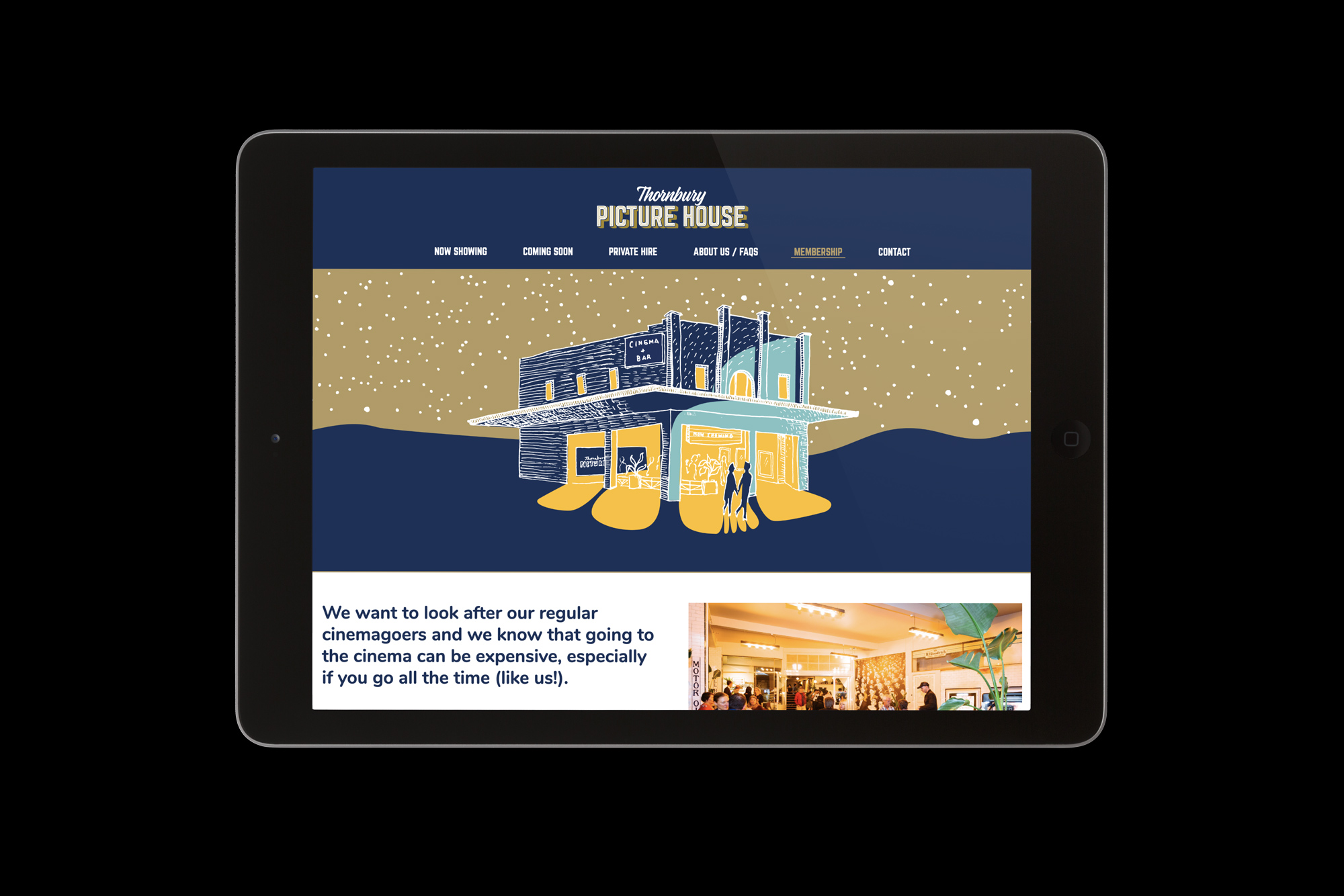 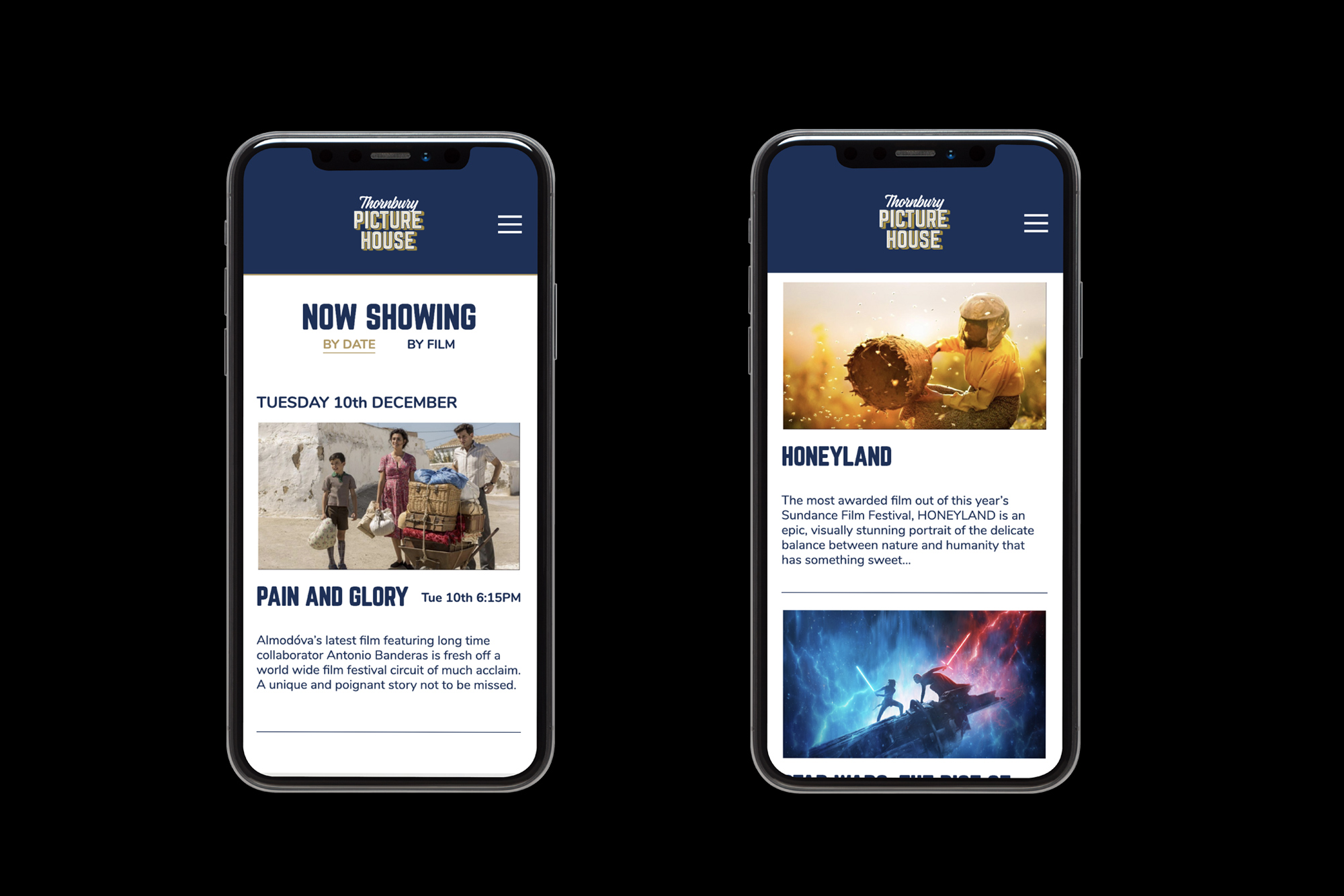 The Thornbury Picture House is a family run business, by people who are passionate about film and about bringing a local, independent cinema to Thornbury. Screening a mix of new releases, documentaries, cult and classic movies, kids’ films and festival highlights.

Working alongside Gus and the crew at Thornbury Picture House, we redesigned the user experience and the user interface
across the website. Creating a visual consistent design that adheres to the current print brand identity. Automation also plays a major role in the admin side of this new website. Previously there was double handling of content uploading and creation, now we have developed a system where film data — be it imagery, session times or film credits — is displayed via an API from a commercial film database.

Creating an easy data upload process for new films and screenings, as well as managing the point of sale from the admin side, and most importantly making it easier to buy a ticket to see a film from the customer side!
Support your local independent cinema ! If you’re Northside check out a quality film at Thornbury Picture House